Have You Ever Seen The Web’s Very First Banner Ad? 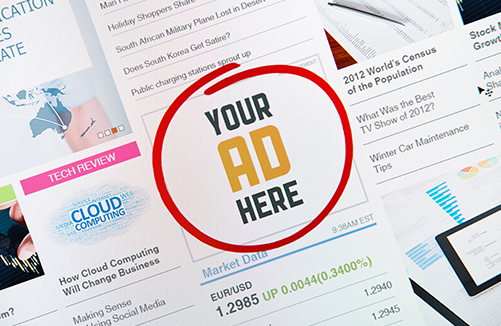 In 1994 the World Wide Web was still in its infancy. Publishers were waking up the idea of presenting their content on the new digital medium, but were unsure of how to monetize it. Sound familiar? Twenty-five years later, the publishing industry is still grappling with this question.

However, on October 27, 1994 HotWired.com, an affiliate of Wired Magazine did something so bold that we still feel the ripples today. This is the date they posted the first advertisement online. The idea was simple, use the same model that the magazine was using to sell ads. One issue per month meant one ad buy per month per section of the site. This was to the tune of $10,000 per month.

So what was the first ad?

The ad most frequently referenced, is the above ad unit designed and built by Modern Media for AT&T. Part of the broader “You Will” campaign, meant to identify all of the major benefits consumers would see as the internet brought about advancements ranging from amazing things like sending a fax from the beach to walking up to a phone booth and video conferencing your family back home!

While the campaign may have been a little off target with how the technology would be used, many of their predictions did come true in one form or another and the ad unit itself was a booming success, with users reportedly actually sharing their click through experience with their friends and family.

In February of 2013, Joe McCambley, a member of the team working for Modern Media reflected on the time in the Harvard Business Review. “Many pioneers of digital advertising believed it possible to create advertising so useful it’s a service,” McCambley wrote.

McCambley lamented that shortly after the success of the first display advertisements on the World Wide Web large media agencies began to take notice and wanted in on the game. As the smaller agencies were bought out by large conglomerates, the idealism was replaced with tried and true methods of selling in print, radio and television.

Display advertising quickly began to expand across the far reaches of the web and new methods were employed to drive up engagement and monetization. The first pop-over ads found their way onto the web by the mid 90’s as a way to run ads, but not pair the advertising message to the content.

Soon the World Wide Web was full of display advertisements, pop-ups, pop-unders and ads we began to see animated ads flashing for our attention. Today, display advertising is an ubiquitous experience on the web to the point that some users report banner ad blindness, where users know where ads are expected to load and ignore that section of the website outright.

Do you remember the first banner ad? Are there other memorable ads that stick out in your memory? Tell us in the comments section below.